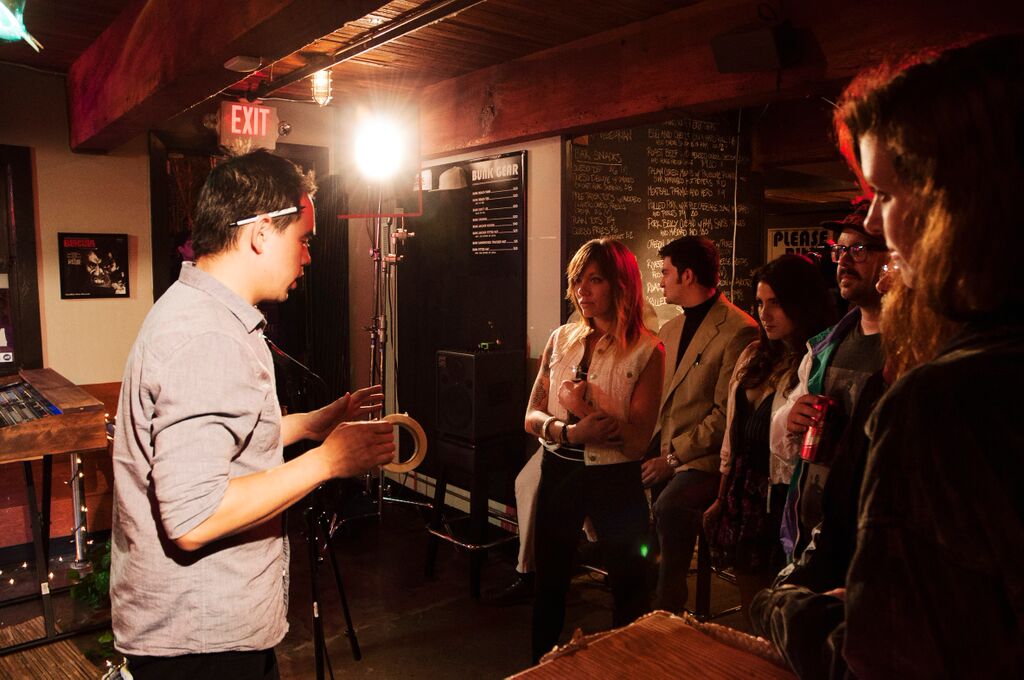 If you are a part of the creative community in Portland, OR, there’s a good chance that you know Joe Bowden. Joe has been at the center of the music scene in Portland for well over ten years and has had a hand in countless projects. He started Bladen County Records with Matt Brown, putting out a number of great Portland records over the years. He was there to help start the Rontoms Sunday Sessions, which have become one of the most important ongoing concert series in the city.  He played drums in Jared Mees & the Grown Children, Oh Captain My Captain, Monarques, and New Move, among others.

A few years ago, Joe decided to get serious about his passion for writing. He wrote several scripts and short stories, and then decided to put together a crew and make them into short films. He’s continued to produce shorts and reunited with his roots in the music community by producing a number of music videos as well.

We sat down with Joe to find out just what it takes to write, produce and direct independent films and to learn more about his journey from being involved in music full time to becoming an organized filmmaker with serious goals.

WATCH: the hilarious “ON THE COURT” with Needle Drop Co. contributor, Jesse Bettis of New Move listening to a compelling tale told by none other than Travis Visscher.

WATCH: the Bowden written and directed music video for one of our favorite bands in town, RIO GRANDS “BEVERLY” with cameos from Ages & Ages, THANKS! Hustle & Drone, No Kind of Rider, and New Move.

Head over to www.josephbowden.com to see more films.