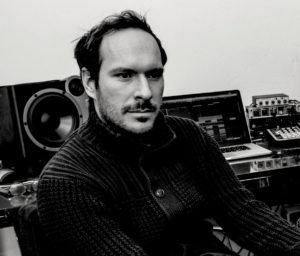 Paul Gala is one half of the enigmatic and elusive cult band Hunter As a Horse. He built a music studio in the wilderness on a remote farm in the mountainous region of Tuscany, channeling the gods of Italo Disco. His authentic talent has taken him to London, Paris and Berlin where he’s performed, produced and composed for several high profile projects and worked with some highly regarded artists and writers.

Apart from Hunter As a Horse, what he is perhaps best known for is creating music with an uncanny suitability to film. His music has been used in TV adverts including Mercedes Benz and TV Series like American Horror Story, Damien, Riverdale and Being Human. Paul prefers to remain humble and out of the spotlight favoring the art and obscurity of the music making process and spends his days creating an impressively large and varied amount of music inspired by film and his surroundings…and working in his vegetable garden.

Get in touch with us about working with Paul for your next project.
Contact Us
Questions? Contact us