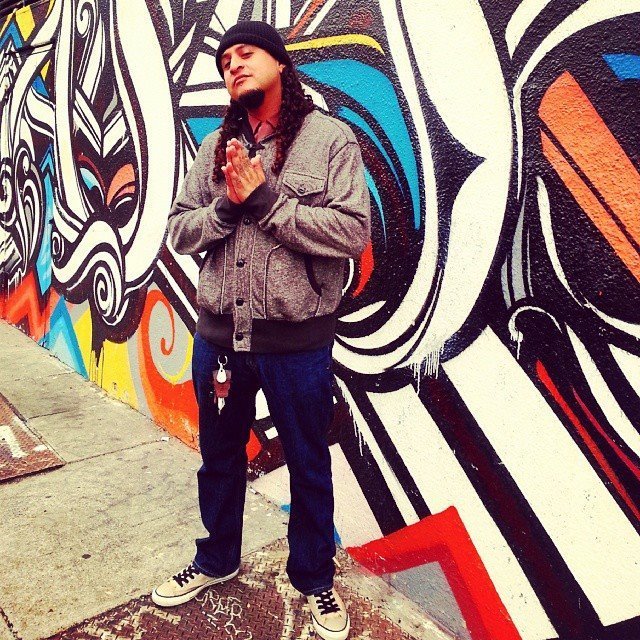 “We are blessed with our own style and I just want to voice mine. I know I have something important to say.” Emcee Deuce Eclipse is driven by a desire to express himself through music. His goal is to create an open universal sound, which he describes as “Freedom Style” or “Indigenous Noise.” Deuce spent his childhood immersed in music and has been rapping, beat-boxing and singing since he was nine. He draws influence from both his Nicaraguan heritage as well as the culture of Hip-Hop he grew up with. It is Deuce’s creative openness that enables him to create a unique sound that breaks the conventional bonds of culture and style. And though he has far exceeded those conventional bonds, his vision is deeply rooted in both the traditional Nicaraguan music his father would play on his guitar and the rhythmic expressive style of American
Hip-Hop. Deuce’s true talent lies in his ability to paint a vivid picture of where we are as a society by weaving compelling personal stories into his rhymes. “Music has always been with me. As I change, it changes. I learned how to grasp the concept of songwriting by rapping, watching and feeling. Using it to speak of the things I go through or see, things people have taught me or showed me in my life. I just try to express what is around me and inside me. Nurture that piece of myself that is for the world.”

Get in touch with us about working with Deuce for your next project.
Contact Us
Questions? Contact us